TWO
With TWO, ReDuX:RMx is back with their second album.   Expanding on the world, nu-jazz sound of their Volume 1 debut disc, TWO is world, cinematic electronica. Latin, Euro, funk, Eastern, Asian and Celtic influences are used to create eleven original tracks that transport the urban soul across the planet.

Eddie Paton on guitars and Bret Menezes on keys sonically take you places with music that excites, soothes and moves. Bob Basa’s melodic bass drives all the tracks. Stylistically diverse guitar solos, vocal touches and an exotic array of world instruments and rhythms on TWO keep you listening. You can hear the influnences of ENIGMA, THE GIPSY KINGS and British Asian electronica on these tracks.

This award-winning album - see the AWARDS NEWS page for details - stirs the imagination with cinematic imagery. It's music for the senses... and the soul.

TWO is available on CD and by download - individual tracks or the entire album - from iTunes, Amazon and CDBABY.

Stream our music on Spotify and Apple Music.

ReDux:RMx VOLUME 1
ReDuX:RMx Volume 1, the debut album, is a potent blend of smooth, chilled jazz, a twist of Latin, and hints of world music. Think Miles Davis, Chick Corea and the Sergio Mendes retro Brazilian sound. It’s all stirred in with trippy ambient lounge electronica and urban beats. It’s the ST.GERMAIN, THIEVERY CORPORATION vibe of nu-jazz, acid jazz, and remixed electro jazz – but these tracks are original and performed live in the studio by some of the best young jazz and R&B players in Toronto, with Menezes and Paton.

Infectious rhythms drive the music on ReDuX: RMx Volume 1. The catchy Latin, funk and cool jazz compositions are infused with urban rhythms, electronic elements and sound bytes in different languages – including a call to save Africa spoken in Swahili. They interweave each of the tracks, creating a nonstop, cosmopolitan atmosphere that will go straight to your head.

ReDuX:RMx Volume 1 is available on CD and by download - individual tracks or the entire album - from iTunes, Amazon and CDBABY.

Stream our music on Spotify and Apple Music. 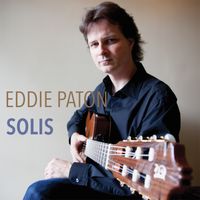